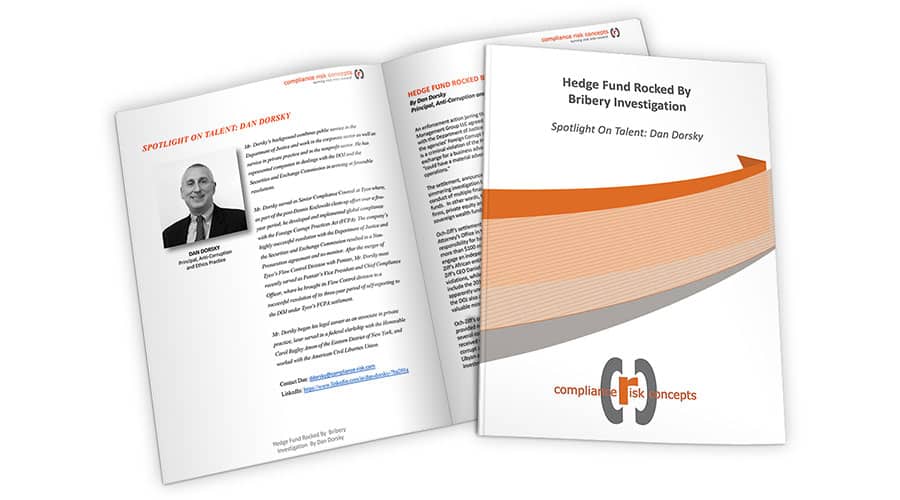 An enforcement action jarring the financial services sector has been resolved. Och-Ziff Capital Management Group LLC agreed to pay a combined penalty of $412 million towards its settlement with the Department of Justice (“DOJ”) and Securities & Exchange Commission (“SEC”) related to the agencies’ Foreign Corrupt Practices Act (“FCPA”) investigation into bribery activity in Africa. It is a criminal violation of the FCPA to provide anything of value to a non-U.S. government official in exchange for a business advantage. According to Och-Ziff’s August Form 10-Q, this resolution “could have a material adverse effect on the Company’s business, financial condition or results of operations.”

The settlement, announced on September 29, 2016, represents the culmination of a long-simmering investigation launched in 2011. At that time, the SEC began issuing subpoenas into the conduct of multiple financial services businesses concerning their dealings with sovereign wealth funds. In other words, the government appears to have been concerned that banks, investment firms, private equity and/or hedge funds may have provided benefits to employees of these sovereign wealth funds in exchange for business.

Dan Dorsky, examines the SEC's order in the matter of Och-Ziff Capital Management Group LLC and discusses what this settlement means to the hedge fund giant and the industry.

Enter your information below to download your complimentary copy of Dan Dorsky's Bulletin: Hedge Fund Rocked By Bribery Investigation

Click Only Once Please!  Processing may take up to 90 seconds

Mr. Dorsky’s background combines public service in the Department of Justice and work in the corporate sector as well as service in private practice and in the nonprofit sector. He has represented companies in dealings with the DOJ and the Securities and Exchange Commission in arriving at favorable resolutions.

Mr. Dorsky served as Senior Compliance Counsel at Tyco where, as part of the post-Dennis Kozlowski clean-up effort over a five-year period, he developed and implemented global compliance with the Foreign Corrupt Practices Act (FCPA). The company’s highly successful resolution with the Department of Justice and the Securities and Exchange Commission resulted in a Non-Prosecution agreement and no monitor. After the merger of Tyco’s Flow Control Division with Pentair, Mr. Dorsky most recently served as Pentair’s Vice President and Chief Compliance Officer, where he brought its Flow Control division to a successful resolution of its three-year period of self-reporting to the DOJ under Tyco’s FCPA settlement.

At Tyco, he led and oversaw global investigations, and helped conceive and drive the implementation of state-of-the-art compliance initiatives, such as Tyco’s groundbreaking Third Party Management Program. Click here to learn more about Mr. Dorsky. 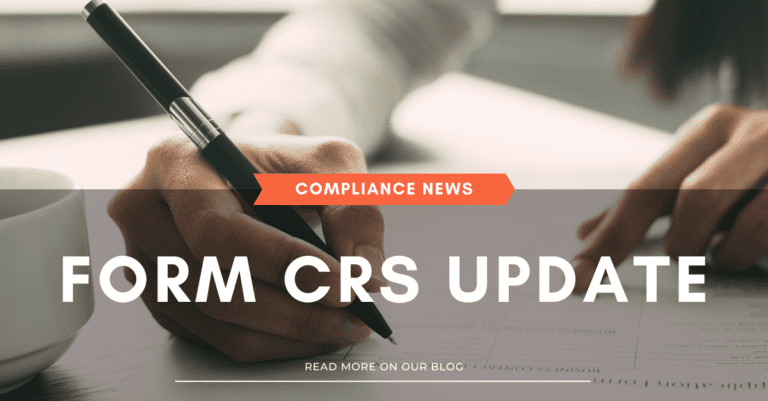